THE POLK BROTHERS…A COUPLE OF ANGELS? 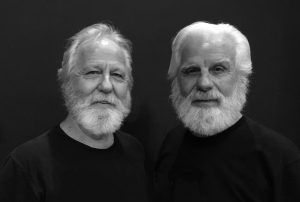 There are still plenty of people around our hometown who remember my brother and I when we were growing up. Well, they remember Glenn. They remember me as Glenn Polk’s little brother. We’re eight years apart, but the older we get, the narrower that gap seems to be. Glenn can’t wait to tell me anytime someone asks him which one is the oldest.

At a time in our lives when most guys we know are focused almost entirely on making themselves as comfortable as possible, the Polk Bro’s are once again taking off down the road less traveled. These past several weeks has placed both of us way outside our comfort zone. I hear motivational speakers claiming that is a good thing. I never have thought so. I like my comfort zone. It’s called comfort zone for a reason. But it’s only on the rare occasion that I even get to visit it anymore. And after this experience, I’m wondering if I’ll ever find my way back. 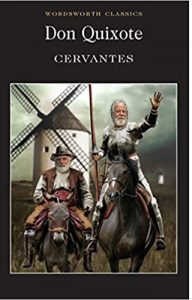 Don Quixote is one of my all time favorite novels. It’s way too easy to imagine the two of us in those roles right now. Glenn might well argue over which one is Don Quixote and which is Sancho Panza. I personally have no question.

I’m very glad that Glenn is out here on this road with me. He’s coaching me as an actor, which is a comfort in this otherwise unfamiliar territory. He’s letting me coach him as a singer. I think I have the better deal. The two of us are doing a lot of both acting and singing in Rhapsody of Angels, which opens November 2nd at Ragtown. As much trepidation as I have about playing a role in one of our productions, I am very excited about presenting this story. It is a completely unique perspective on the events that led up to the birth of Jesus, which I think our audience will enjoy. There’s a lot in our relationship as brothers that has found its way into this portrayal. It adds some fun, and what I hope is humanity to the angels Michael and Gabriel.

Glenn and I are joined by a wonderful cast of singers and actors. One I want to mention in particular is Elizabeth Staton, who plays an angel named Zoielle. Elizabeth recently married and moved to Post, where her husband is the youth pastor at First Baptist Church. With a degree in music performance, and having performed in Texas, the outdoor musical last summer, she is an exquisite singer, and, obviously, an experienced actor. We took Elizabeth’s move to Post as a personal favor from God, and couldn’t wait to invite her accept a part.

When I was writing the play, I decided to name one of the angels Zoielle, in honor of our dear Zoe Kirkpatrick. Elizabeth’s lovely voice and heart in that role will make the tribute very special. I think Zoe would approve.

Time is growing short, and groups are already reserving rows to secure the best seats. Someone recently told us that she had quit trying to get her group together before reserving the seats. Now she reserves a row first, then finds the people to fill the seats. Great idea!

Pick a date soon, and plan to come see the Polk Brothers as something even our momma never thought we’d be…a couple of angels.