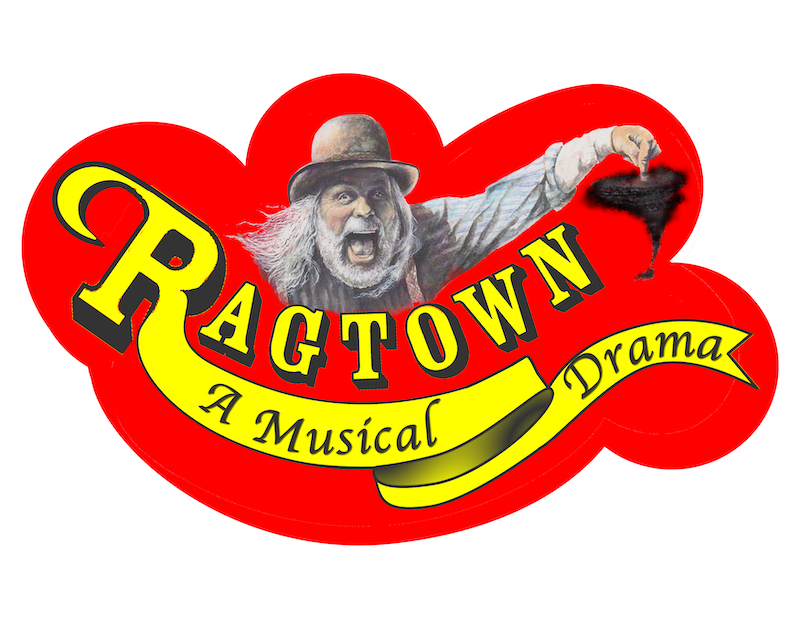 Click below to book online or get more information.

Ragtown Gospel Theater is excited to announce the premier of the musical…RAGTOWN!

It’s been 25 years in the making. This musical presents a story that is so perfect for the times we are living through, that it must have been God’s design for it to take us this long to get it to the stage.  RAGTOWN is a rollicking story filled with wonderful music, lots of humor, and a message of faith, forgiveness, and new beginnings that all of America needs to hear right now.

In 1907, the eccentric millionaire cereal inventor, C.W. Post, came out to the South Plains of Texas with a plan to create a model city. It was to be a farming, ranching, and manufacturing utopia. He purchased 250,000 acres and divided it into quarter-section farms. Offering the land, a house, barn, a well on the property, and virtually irresistible terms, he advertised nationwide. And people came from everywhere. They came from the north and from the south to Post City, Texas, just 40 years after the end of the Civil War. Needless to say, Post City wasn’t quite the utopia its founder had envisioned.

But the extraordinary people who were willing to participate in his grand experiment, while not as compliant, and far more independent than he’d anticipated, were determined to persevere, in spite of their differences.  And in spite of other challenges. Their original tent city was shredded to rags by wind and hail, the settlers’ meager belongings scattered across the grasslands. The weather was uncooperative, in spite of C.W. Post’s determined efforts to control even that. These simple farmers and cowhands were being pushed headlong into a new, modern century by one of the most successful businessmen of the age, a relentless driving force who was intent upon improving everything, and everyone, in his path.

As in all the stories we have staged, the Gospel remains central to the Ragtown musical. The very unique beginnings of Post City, Texas, and it’s fascinating and colorful founder provided an opportunity to present what we hope will be an inspiring and encouraging answer to the present divisions threatening our country. It is a message we believe everyone needs to hear.

Chip Polk opens in concert for each performance. All shows begin at 3:00 pm.

** If you or anyone in your group requires special seating arrangements, parking considerations, or other assistance, please let us know prior to arriving at Ragtown.