If you’ve been to Ragtown very often, you’ve probably heard my story about meeting Gloria Gaither. If you haven’t heard it, here’s a link to a blog I wrote about it a few years back. 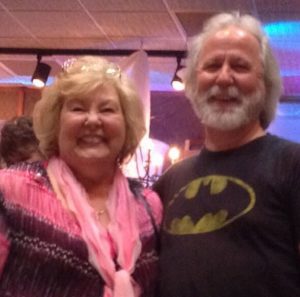 She is a gracious and brilliant lady, and that funny story about meeting her, as I messaged her in a happy birthday note this morning, is one of the treasures of my life. Gloria started writing a blog awhile back, and she writes so many insightful and inspirational things that I never miss reading it. I should have recommended it long before now. Here’s a link to her birthday post, which is just terrific.

The first gospel concert I ever attended was a Gaither Trio concert at the Lubbock Municipal Auditorium. The Gaither Trio was Bill, Gloria, and Bill’s brother Danny Gaither. I think that was probably sometime in 1971. So I’ve been a fan for awhile.

I became a much bigger fan after participating in her annual Gaither Songwriter’s Intensive. It isn’t often that you meet your heroes and they exceed your expectations. Gloria Gaither did. So did her husband. Of course, these two school teachers from little Alexandria, Indiana (which, incidentally,  is almost exactly the same population as Post, Texas) have spent a lifetime exceeding expectations, and in the process, touched millions of hearts with the beautiful words and melodies they created. And they transformed the lives of hundreds of gifted gospel singers and musicians who might otherwise have kept their day jobs and settled for performing “specials” at church every now and then.

The Gaither’s have certainly been at least the catalyst, if not the driving force behind whatever popularity Southern Gospel Music enjoyed going on five decades. They have inspired and supported those of us who felt drawn to use our gifts, and set the bar very high for all who followed. The humility and authenticity you sense in both of them has set still another standard in the gospel music community. We have been privileged to have a number of the Gaither Homecoming Friends on our stage at Ragtown, and without exception, they have been genuine and accessible folks with a heart for the Lord, and passion for sharing their faith in Him.

As we head into our third weekend of wonderful fun presenting Elijah! Clash of the Prophets, I just wanted to pause from promotion for a minute, and acknowledge someone who took her birth date as a command. Indeed, she did March 4th! And she hasn’t stopped marching. I’m delighted to be one of the many who joyfully follow.